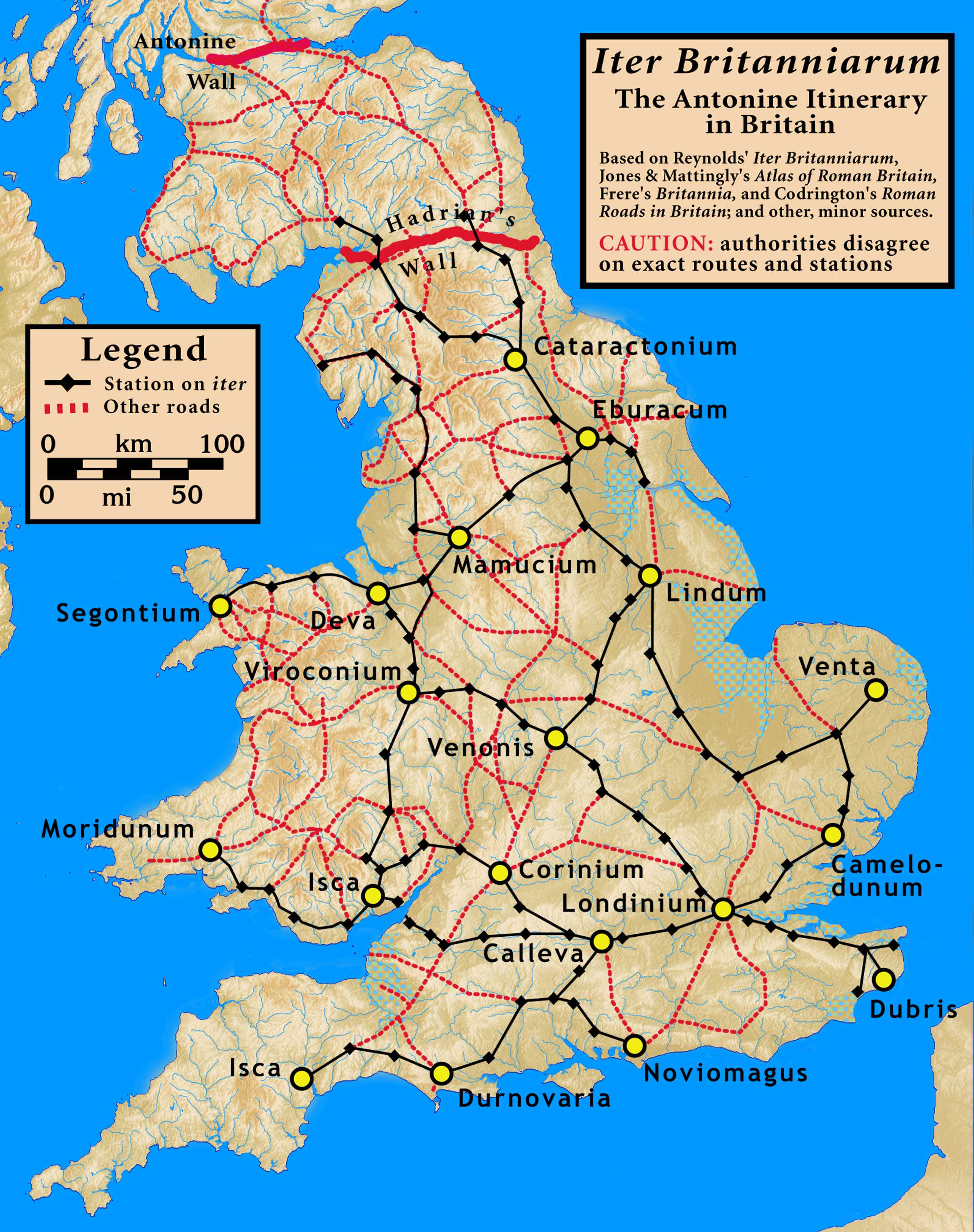 Britannia (England and Wales) and Hibernia (Ireland) were ruled by the Romans during some times. But despite their long occupation, they left very little behind: the name of London (Londinium) and other place names like Chester, Lancaster, Gloucester, which include variants of the Latin word castrum (a militari camp). Scotland was called Caledonia and Wales was known as Cambria. This word is also used in expressions like «the Cambrian period» or «the Cambrian mountains». And Caledonia appears in the names of organizations, for instance: «Glasgow Caledonian University».

By the other hand, Ireland is also known as Eire, a Celtic name, or Erin, a poetic name. And it’s also called The Emerald Isle, evoking the lush greenery of its countryside.

Britannia was also de name given to the female embodiment of Britain, always shown wearing a helmet and holding a trident (the symbol of power over the sea), hence the patriotic song which begins «Rule Britannia, Britannia rule the waves». The figure of Britannia was very common in the reverse side of many British coins.